The appendix contains (i) a comparison of tinmill standards; (ii) a glossary of tinplate terms; (iii) detail on temper; (iv) detail on finish; and (v) detail on coating. All information is presented based on Titan Steel’s interpretation. Other participants in the industry may have a different understanding or adherence to this information. Steel mills in particular may have a separate set of standards for their production.

The information contained on this page is for general guidance on matters of interest only. Titan Steel is not responsible for any errors or omissions, or for the results obtained from the use of this information. For more information, please contact Titan Steel or consult official tinmill standards.

Lower tempers are usually used for deeply drawn parts such as valves and hoses. Higher temper products are used as bodies for large cans.

In addition, batch annealing will make for a softer, more forgiving steel. Continuous annealing makes for a stronger steel.

Most international standards do not detail the properties of the different tempers. Instead, the standard rely on surface testing methods, such as Rockwell testing, to determine the tempers. Nonetheless most steels of a certain temper fall within a general range of properties.

The most significant change due to temper is the change in elongation. Double reduced material loses almost all its elongation. 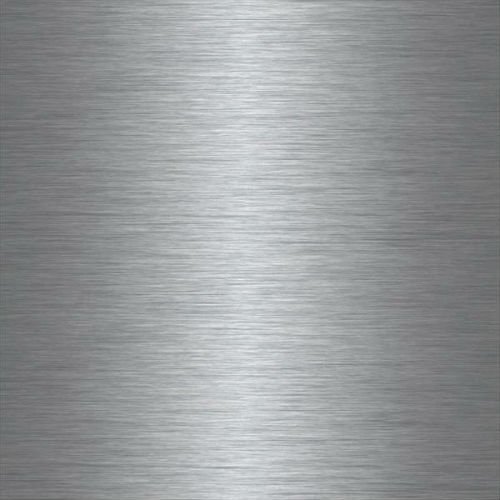 The finish of the product is dictated both by the substrate as well as the coating. The substrate can be ground rolled making it very smooth or sand blasted to increase the roughness.

While chrome coating is always applied in a uniform fashion, tin coating comes in many different levels. Additionally, the tin can be equally coated on both side or there can be differential coating. Differential coatings are generally indicated by marking on the steel, usually curved or crossed lines on the side with light coating or straight lines on the side with heavy coating.

The tin coating will have almost no affect on the thickness of steel coil; the difference between an 05 coating and a 100 coating is less than 0.0001”. However, the tin coating can have a significant impact on the properties of the steel and the potential end uses. In general, thinner coating are used for most traditional applications. Thicker coating are often used for abrasive or corrosive end uses . 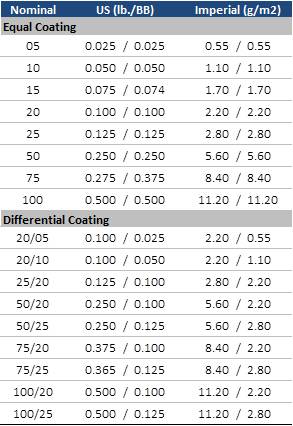